last year about xmas I've found a little piece hw called UPCB in the SRK Forum. Development of UPCB was done by Toodles. 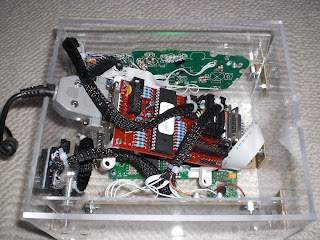 I've ordered a piece and he shipped me one from the states. Thanks for that. After two later month I've built up a padbox with wireless support via a RF Module. So the wireless UPCB was born. My experiences was very good with UPCB so I decided to make a batch to spread it over germany.

Jason from AZ Forum helped me with assemply and collecting the parts. Toodles gave me the gerber files to produce to PCBs.

Assembly is now finished and the very interesting testing phase comes up.

I've taken a lot of pics and vids. Check it out. For more infos about UPCB read my previous posts on this topics, too.

Here is a vid with testing Ikaruga on the Dreamcast. Take attention to the led mod in the padbox ;) Dreamcast is NOT supported natively by UPCB, so piggyback is used. 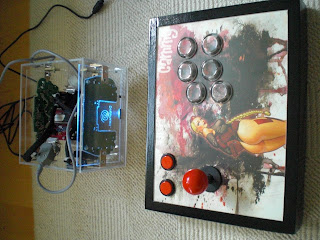 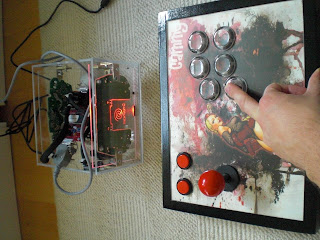 Here's is a test with the xbox360 and Street Fighter HD Remix. Again xbox360 is not supported natively and pad hacked piggyback is used. Led Mod for padhack is realized again. 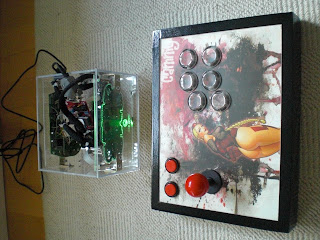 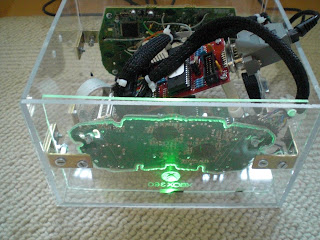 Summarizing the whole tests was very successful. Wireless Adapter was not topic of this test, tough. However it worked fine, too. No impact is here.

Some Cables: Every console needs an own cable. 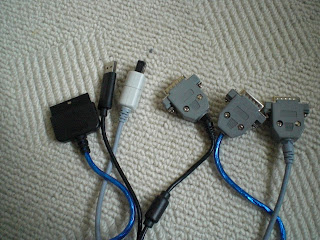 can I buy one of this??
im from mexico, let me know ok?