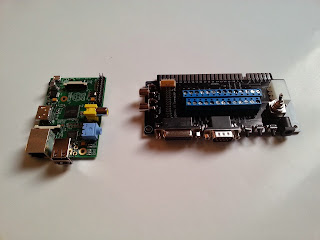 Earlier we announced the PiJamma Project. PiJamma is an add-on PCB for the Raspberry PI that simplifies connecting retro hardware like old game controllers or jamma arcade bartop or cabs. 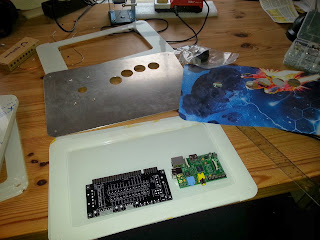 Today my idea was to built a Arcade Stick that can be directly plugged to TV like the old good C64 DTV, but now with  "everything". 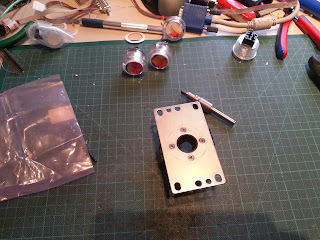 Here the stock unit and the button with inlay artwork. 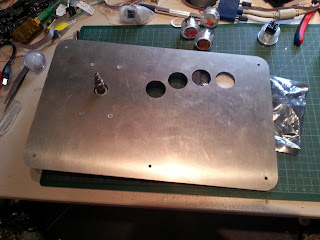 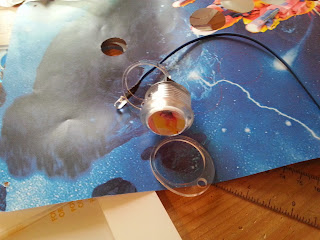 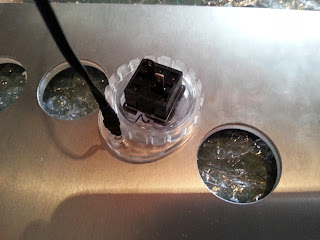 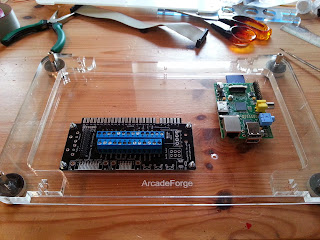 Checking where to place the components. 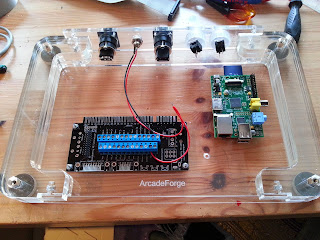 One sees here the interface panel with USB, HDMI and power supply interface. Rapsberry PI will be powered via PiJamma. 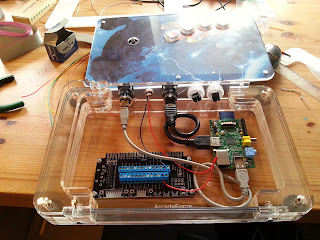 USB interface and HDMI interface connected to the interface panel and Raspberry Pi. 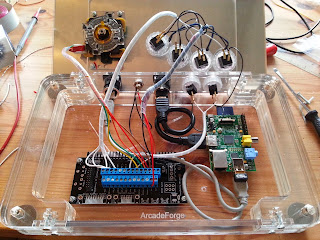 Arcade Controls connected to the PiJamma. Signals will be forwarded to Rasperry Pi GPIO interface. Additionally the LED Mod was installed. 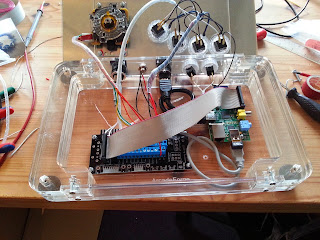 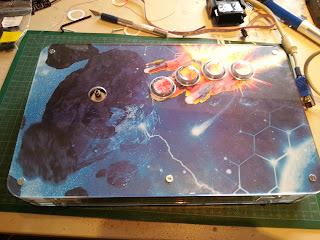 The stick unit can be detached. So transport is more easy. 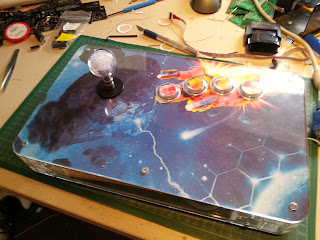 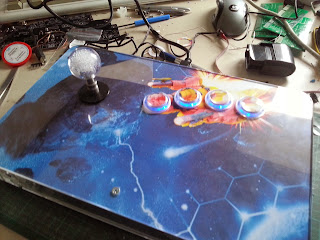 LED mod on, ok, it`s better to make such pics when it`s dark. 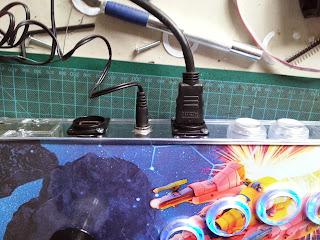 close-up of the panel interface with USB, Power and HDMI. 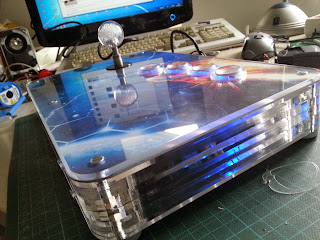 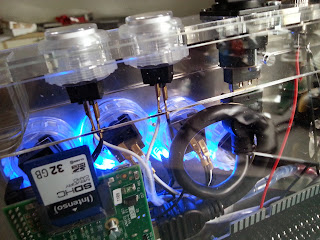 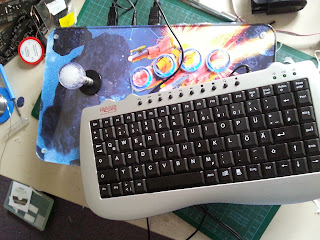 Just connected a keyboard or USB stick to the Raspberry Pi Arcade Stick. 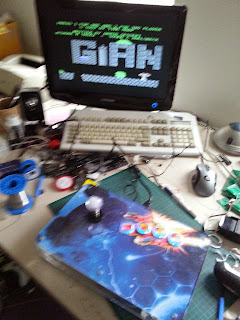